skip to main | skip to sidebar

tell them that life is beautiful

there is so much around us that is a mystery.  This week as I took time in quiet with my daughter....we just sat and 'breathed together' and enjoyed being together.  Then she said -  'air is strange.  You can't see it but you need it to live.  This whole room is filled with air, but we can't see it or touch it.'  a moment of beauty.

i had a dream last January.  I dreamt of many that I have known and not known - but people that had died and were no longer here on this earth.  And they filled my dream.  And in the dream they spoke to me a message.  They said, Cathy, tell them that life is beautiful.

In the midst of all my dark moments, I have seen shafts of unbelievable shining light.  I have tasted wonder, I have drunk of deep friendship, I have touched mystery, I have heard laughter.
and this morning, once again, I am reminded that life is a gift.

We are breathing
We are here
right now.
We are given life
at this moment
Do we have eyes to see today
the gifts before us?
In spite of tragedy
and suffering...
can we notice the gifts of beauty?

There is so much we will never fully understand, but if we can rest in the tension of not-knowing and embrace the wonder of beauty that is all around us, we will taste joy.

In the weeks ahead as we are all surrounded by consumerism, demands, and the fast-paced surge of 'more things', my hope is that we will take moments to pause.

that life is beautiful.
Posted by desertrose at 9:24 AM 3 comments:

I wrote this poem during Advent 2007
I found it again this week and decided to share it at a retreat I was leading.
I was surprised when I found out that someone remembered it from a blog I had shared a couple of years ago and was surprised again as it helped someone to express in poetry their own state of heart.

So, I decided it was worth sharing again in 2011 on this first day of Advent:

it has been hard to say
'i did what i could' ....when that means
that i have to admit
that i can't hold everything
together
all the time

a story from the song journey

The gift of song-writing, a reflection

A few weeks ago, I shared some of these thoughts about song-writing in a concert and I was asked by someone to write them down....that these thoughts needed to be shared with other artists.
So, here they are.....
The gift of song-writing, a reflection
Songwriting is often a solitary experience.
It is something you do when no one else is around, in the quiet places of your heart.
And one day the song is so powerful in you that you dare to share it with one other person.
And you expose your soul.
To sing your song for one other person is to expose your heart and you don’t know what to expect.
And so you share it, and then you want to run really fast in the opposite direction.
Will the other person run away too?
Because it is so terrible?
Will they be indifferent?
Will they laugh?
Will they cry?
What will their response be? – that is what you are first concerned with – what is their response?
But as you grow as an artist and deepen, something happens inside you
and you know that to NOT WRITE,
something in you will die.
You get to a point, where to write and to compose – is to live.
It is part of choosing life, it is part of why you are here on this earth and you are compelled to write and if you don’t , a part of you will die.
And so, you choose life and it doesn’t really matter any more how people respond…
because you have lived.
And one day, you find yourself sharing these songs and you become surprised
Because people are actually resonating with your songs.  They are in the room and singing with you.  And one day they tell you that your song has become their song
And you realize that you did not just write your song, you wrote a human song
And we share  our human songs
These are our soul songs
Our human songs
And you’ve been a part of expressing our human story, which resonates with others
This is a gift to you, because it is a way you are to be alive
And it is a gift to them because you help them express their human story in soul language
This is the gift of song-writing.
Posted by desertrose at 8:47 AM 1 comment: 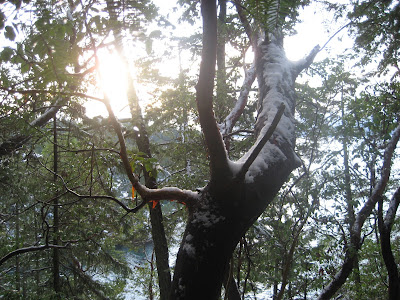 But what do I see?
What do I hold?

I see blessing
I hold gratitude

photography www.rastudio.ca
Courage......
As I read through an old journal
from 12 years ago
I found this prayer
'I ask for courage...
I ask for courage...'
I was in a time of deep distress
and facing my day to day life was not what I wanted to face
It takes courage to face the realities that lie before us
to really see things as they are
and not lose hope
Courage
has meant for me
to stay awake
to life
to keep my eyes open
and to stay present
and engaged.
Courage
has meant for me
to listen deeply
to my soul
and to not be afraid
to live from
the truth of who I am
not to please others
but to respond
to the life
I have been
given.
Courage
has meant for me
to listen to the dreams
of my heart
and to take risks
in pursuing
the light
of these dreams.
Courage
has meant for me
to trust
in friendships
to reveal the
fragility of my heart
to another
to risk being misunderstood
or unloved.
Courage
has felt so
beyond me
so many times.
It has felt like a gift
that comes when I am broken
and weak.
I feel my humanity
I feel my vulnerability
and yet I want to say
yes
to Life
So I pray
Give me courage
Give me courage
and in the words of this song.....
"Love strengthens me
and gives me
courage
for today"
Posted by desertrose at 8:22 AM 1 comment: